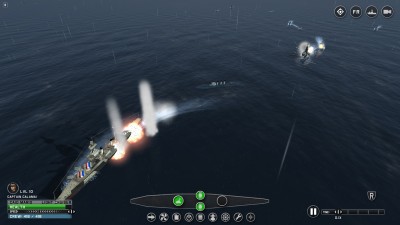 Engage in epic Real Time Strategy warfare across the Atlantic, Pacific and Mediterranean, this is naval warfare on a global scale.

It is World War II and the age of the dreadnoughts has passed and naval warfare is being dominated by Aircraft Carriers. Submarines hunt convoys like wolves and the numerous and nimble destroyers rule the oceans.

Destroy enemy battleships, torpedo enemy convoys and hunt the enemy wherever you may find them.

Advance through the naval ranks from a Captain of a Destroyer to an Admiral of a vast fleet. Win medals for your exploits, and help your chosen nation achieve victory in each campaign.In Victory At Sea your destiny is in your hands. Once in the campaign what you do next is up to you.

With over 80 classes of ship and hundreds of ports there are a multitude of playing options. Will you build your fleet around the terrifying firepower of the battleships, sneak around with a submarine wolf pack or look to dominate the skies with carriers?

A combination of sandbox elements and the deadly combat of RTS naval warfare ensures a vast number of possibilities. Slow the action down or speed it up with the time slider, allowing you to command multiple ships quickly and effectively during huge battles. Weather conditions and time of day are also major factors in the game. Will it help or hamper you? Combat at night can be an intense experience.Victory at Sea also offers the chance to experience some of World War II's most famous battles. The Historical Battle mode sets all the victory conditions for you. You just pick a side to fight on.

Create your own custom battles from small skirmishes to epic conflicts, choosing from Axis or Allied fleets with ships from 6 playable nations to choose from. 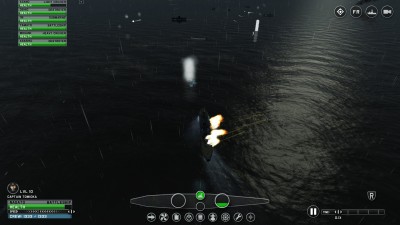 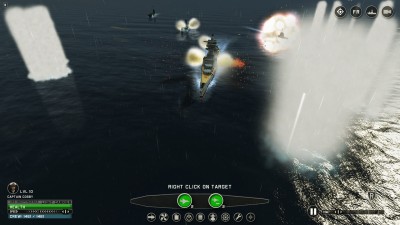 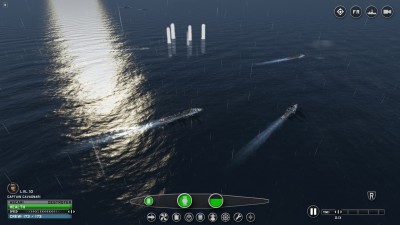 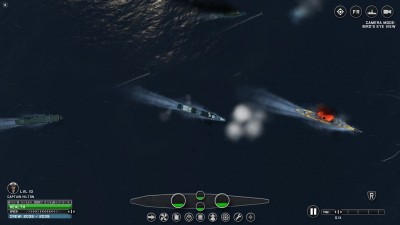