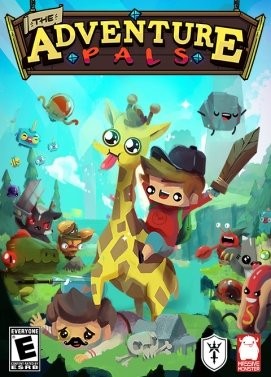 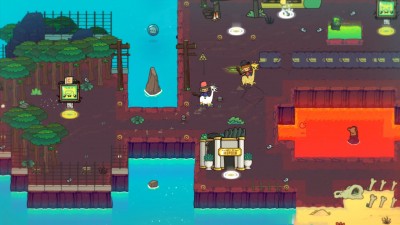 The Adventure Pals is an action-packed platformer about friendship, exploration, and riding your giraffe. And, of course, the age-old tale of an evil madman with the nefarious plan of turning old people into delicious hot dogs.

Mr. B is kidnapping old people and turning them into hot dogs! It's up to you and your best buds, Mr. Rock and Sparkles the Giraffe, to save the day. Leap, slash, and blast your way through increasingly madcap levels. Along the way you'll help a whale regain confidence, take a side in the battle between toast and dinosaurs, and travel to a legendary sunken city to decide the result of a Pirate election.

Inspired by classic platformers and cartoons alike, The Adventure Pals is a mixture of lovingly handcrafted platformer levels, combat focused arenas, and unique locations with townsfolk who provide quests, items, and other goodies to aid you on your journey. Just like your favorite peanut butter and jelly sandwich, The Adventure Pals is both nutty and sweet, with perhaps just a little crunch.


This is you! One minute it’s your birthday, the next your Papa is being stolen from you right before your eyes! Thrust into the role of adventurer, you quickly realize that you are a natural at this baddie-bashing, grapple-swinging, toaster-popping, quest-completing, experience-leveling, treasure-seeking malarky. But will you be able to rescue your Papa and stop Mr B’s diabolical plans in time?

Friend. Philosopher. MENSA member. Giraffe. Sparkles has many talents beyond being a mere mount. Use her not-at-all-creepy helicopter-like tongue to slow and direct your fall, or her long neck to yank yourself to distant enemies for devastating combo finishers, or up to those hard-to-reach platforms to, y’know... jump higher.

When you need somebody sturdy you can lean on for support, call Mr. Rock, because, well... he's a literal rock. Maybe he's a bit of a smart-aleck, but don't take him for granite - you’ll discover he has some pretty awesome abilities to unlock as you adventure through the game. 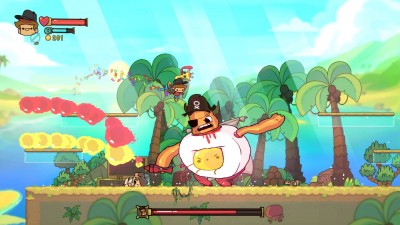 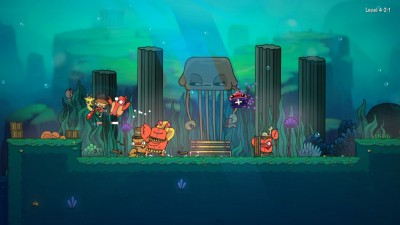 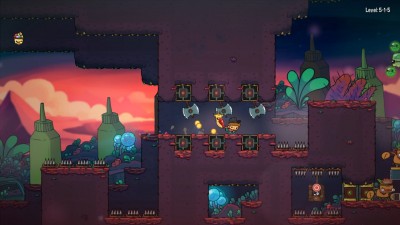 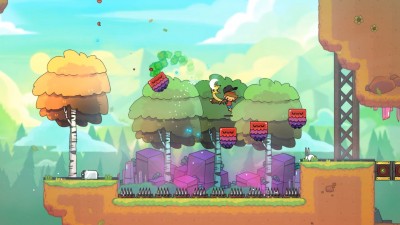