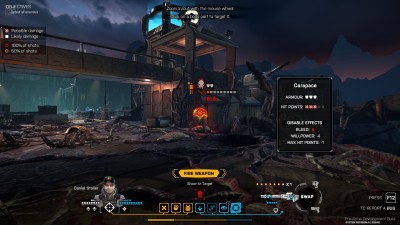 Phoenix Point is the new strategy game from the creator of the original X-COM series. It features turn based tactics and world based strategy in a fight against a terrifying, alien menace.

A MUTATING ALIEN THREAT
You will face an alien threat that mutates and evolves in response to your tactics. Our procedural generation system for the aliens can generate a huge variety of challenges and surprises for you on the battlefield.

TURN-BASED SQUAD BATTLES
Deploy a squad of four or more soldiers and drones. Battles are turn based, with overwatch and return fire providing a great level of interaction. Spend willpower on special abilities to give you the edge in critical situations.


THE GEOSCAPE IS REBORN
The Geoscape gives you a strategic view of the world situation. From here you plan all your operations, construction, research and missions. You must attempt to make contact with Havens, discover scavenging sites and locate special Phoenix Project bases.


INTRICATE AND CHALLENGING BOSS BATTLES
Face intense boss fights against large, mutating monsters. They may have multiple abilities for attack, defense, generating mist and spawning larvae. You will need to use body-part targeting to progressively disable these abilities.


DEEP AND EXTENSIVE SOLDIER DEVELOPMENT AND CUSTOMIZATION
There are extensive skill trees for each class of soldier. Develop your skill knowledge from research and interaction with other human factions. Customize your soldiers appearance with unique gear from other factions.


A VAST ARRAY OF WEAPONS AND EQUIPMENT
There is a large variety of weapons and equipment based on various technologies — some old, some new, and some quite alien. Each human faction has their own tech which you can acquire through trade or conflict. Combine and develop unique technologies through your own research.


PROCEDURAL, DESTRUCTIBLE ENVIRONMENTS
There are many different battle locations and environment types. Everything is potentially destructible. 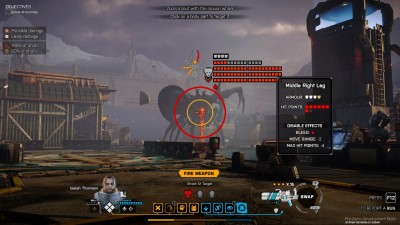 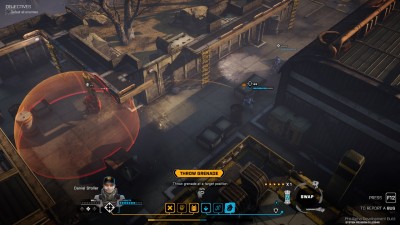 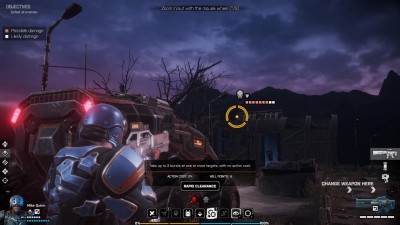 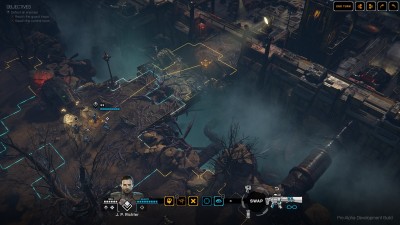