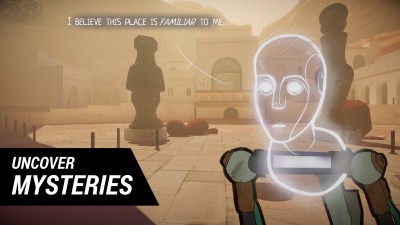 From the creators of massively-branching interactive adventure 80 Days.

Winner - IGF Excellence in Narrative award 2019
Nomination -BAFTA for Best British Game 2020Aliya Elasra is an archaeologist, exploring a strange region of space called the Nebula with her robot sidekick Six, hoping to uncover the secrets of the long-forgotten past. When a roboticist from the University of Iox goes missing, Aliya begins a trail of discoveries that will lead to the very edge of her world - and the ancient secret of Heaven's Vault.Heaven's Vault is not your usual linear adventure game. Progress through the game in any order you choose - the game's fully adaptive narrative remembers every choice you make, every discovery and every action you take, influencing what happens next. Meet a diverse cast of characters who remember everything you say, and who's attitude to you will change with how you act. Some are friendly, some are cautious, and some are out to trick you.

An entire ancient hieroglyphic language awaits to be deciphered. A puzzle mechanic with a twist: solutions are narratively significant and further the story - but the wrong translation might send you down the wrong track!
"One of the most well-realized video game worlds ever, with your curiosity and personality molding your story through the Nebula" - USGamer

"Heaven’s Vault is both ambitious and beautiful. It conjures a world rich with life... I don’t hesitate to recommend Heaven’s Vault." - Game Informer

"Heaven's Vault is one of the most enthralling narrative-driven adventure games I've played" - WiredPowered by the ink engine, the narrative technology behind 80 Days, Sorcery!, NeoCab, Sable, Where the Water Tastes Like Wine and many more, Heaven's Vault is a dynamically constructed adventure game that responds to every move you make. 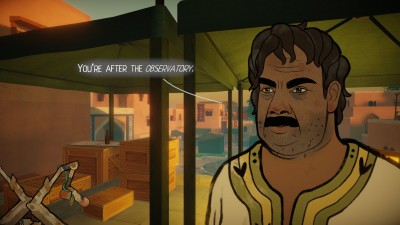 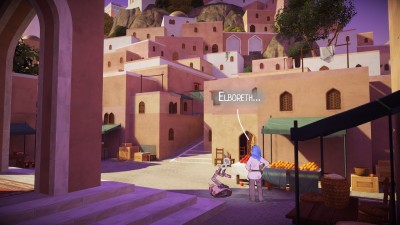 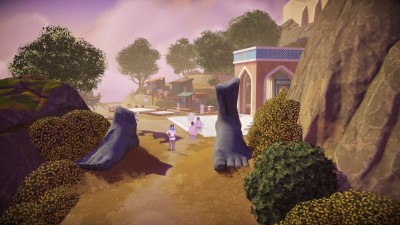