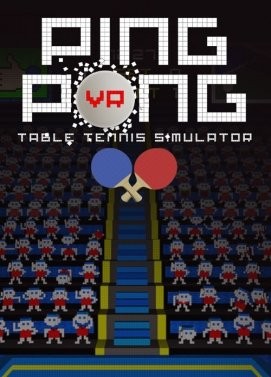 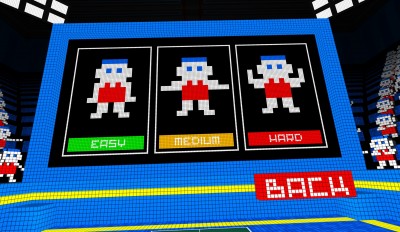 VR Ping Pong is a simulator that thanks to VR technology, and with the help of SteamVR Controllers, brings a ping pong table into your lounge.
Using 1:1 scale with virtual reality, you will have the sensation of play ping pong in reality: Virtual reality teleports you inside voxel-style environments that until today you could only dream to visit.

Each environment is styled as a stadium with fully animated audience members making for more immersive and addictive gameplay. the changes in the audience and the stadium is on the fly to increase the player's degree of immersion without ever distracting from the play area; during breaks, you can have fun discovering all of the hidden easter eggs in the surrounding environment.

With the different game modes, you can choose new experiences (from the shortest and easiest to longest and hardest):
You can select the difficulty level for each mode: AI changes skills (Variety of shots, depth of shots, etc) and features (Velocity, precision, power, etc) based on the chosen level. 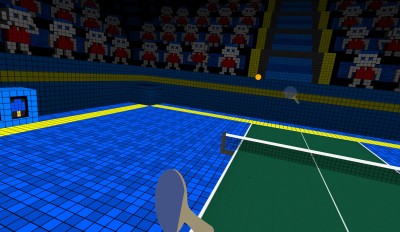 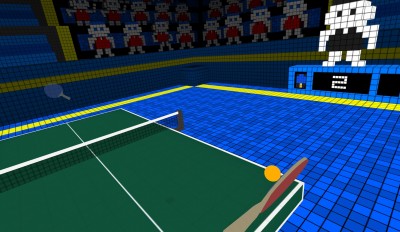 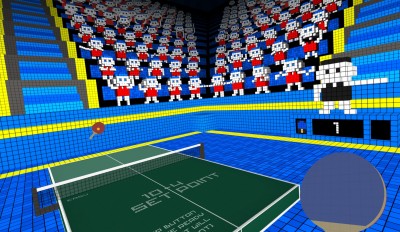 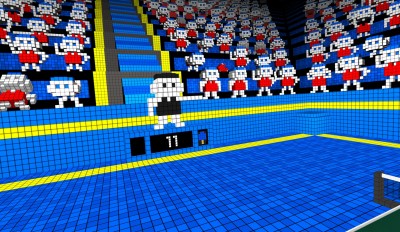