Risk of Rain Xbox ONE 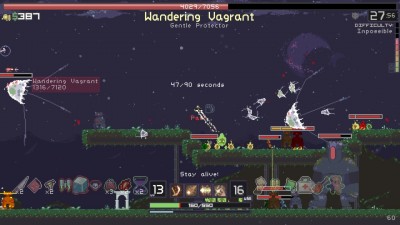 Risk of Rain is an action platformer with roguelike elements. With permanent death as a primary feature, players will have to play their best to get as far as possible. Fight on a mysterious planet with randomly spawning enemies and bosses, either alone or with 3 friends in online co-op. With over 100 items at your disposal, you will find the tools you need to find the teleporter back home. Discover a myriad of randomly chosen stages, from the desolate forest to the frozen tundra.

The three main goals for our game are simple:

1. Design a game that is randomly generated every play-through, to keep replayability high and fresh.

2. Time = difficulty. The higher the in-game time gets, the harder the difficulty gets. Keeping a sense of urgency keeps the game exciting!

3. Be enjoyable, regardless of whether you win or lose. No more fussing with complex and non-intuitive gameplay patterns. Players should not blame the game for their loss!

''This game is immaculate. The enemy design, the sound effects, the powers, the fights, all of it feels wonderful.'' - Eurogamer

"..a ridiculously compelling procedurally generated side-scrolling platform survivor-me-do, with multiple characters to play as, single and co-op play, and some of the hardest-hitting deaths I've experienced in such games" - RockPaperShotgun 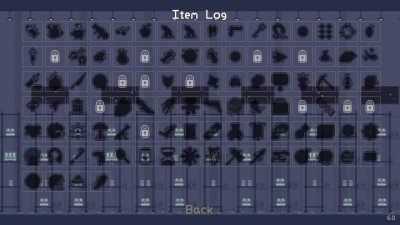 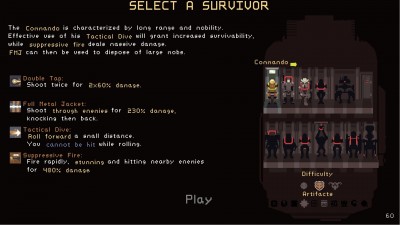 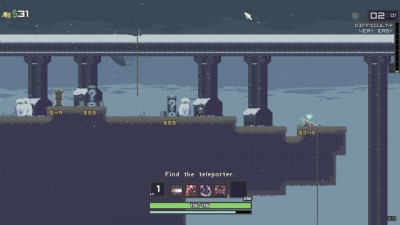