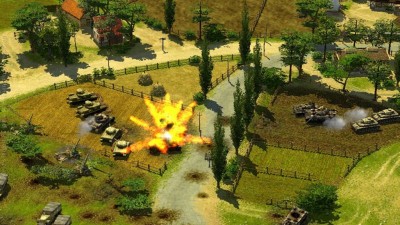 Blitzkrieg II comes with tremendous focus on new strategic opportunities, global war and gritty realism of WWII battles. On the side of Soviet Armed Forces, US Army or German Wehrmacht you plan entire operations and lead your men into fierce action, choose reinforcements and use a wide range of new weapons in three full-blown campaigns that span the globe. New graphics engine and significant step over the original game get you in control of the most dramatic and bloody conflict of the past century.
Decide what missions to fight, accumulate and call in any type of reinforcements, capture train stations or airfields to receive more troops by railroad or get air supremacy during the entire operation. Accomplish tactical objectives and missions to support your war efforts at strategic level and ensure your combat efficiency in the decisive battles.

Promote and assign commanders to combat units to expand your tactical advantage with over 50 unique skills and real-life abilities. Order engineers to plant TNT charge and blast passing enemy units, use linked grenades for extra damage, suppress infantry with flak fire and master other combat techniques introduced in Blitzkrieg II.
Philippines, Iwo Jima, Tobruk, Moscow, Stalingrad, Ardennes - fight on every major front of WWII from the heart of Europe and blistering sands of Africa to the deadly jungle isles of the Pacific. Your mission goals will vary from counter attacks and air warfare to covert operations and seashore landing onslaught.

Get access to hundreds of authentic weapons from “Satan” flame tank to Tiger II and T-35 monsters, from “Zero” fighters to V-2 ballistic missiles and 305-mm railroad guns. Make use of special forces, sappers, assault engineers and even guard dogs! 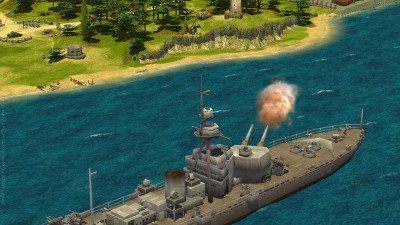 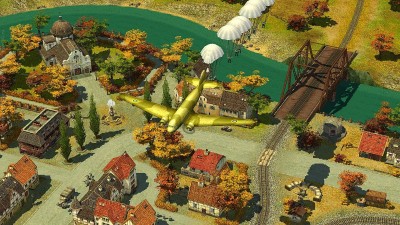 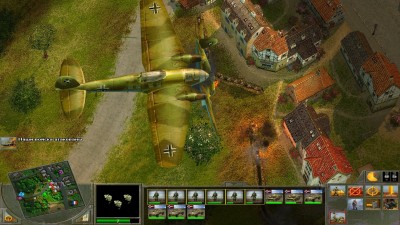 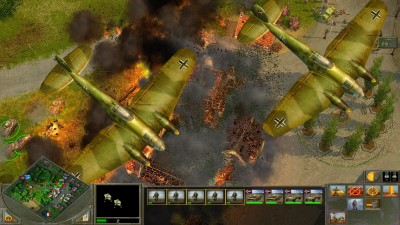