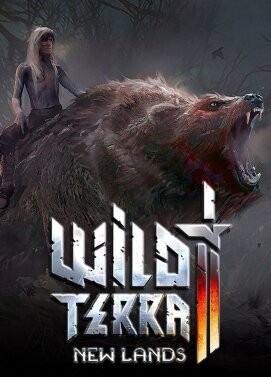 Play your role in the life-filled medieval world controlled by players. Live on an inhabited territory or conquer New Continents in new seasons! MMORPG full of logically interconnected worked out little things that create a unique immersion and the spirit of adventure!

Closed Beta already begin!
Pledge and access: http://www.wildterra2.com/
Discord channel: https://discord.gg/NZhbfMRYou can live on the One Mainland - build, develop, hunt, explore PvP and PvE zones. Or you can challenge and go to New Lands — every season a new continent will be available, with a variety of biomes and inhabitants, conditions, rules and rewards upon completion. For example, you can get to the continent with a very harsh winter all year round, where all the villages were empty due to the plague, and barely surviving forced to hunt people for food.Become the best blacksmith, fisherman, doctor, alchemist, sailor, builder, tanner, weaver, merchant, farmer, carpenter, cartographer, hunter and anyone else. But to become the best, you need perseverance and knowledge. In Wild Terra, you cannot create armor in one click.Join groups and create clans. You are waiting for the siege of medieval castles, hunting for huge bosses and adventures in dungeons.Adapt and survive. At night, more dangers await you, and in winter you will have a hard time with farming and a lack of food.Change hairstyles, grow a beard and do not overdo it with food, otherwise, you may not fit into your brand new armor.Participate in various tournaments and competitions, get rewards and place in the leaderboard. Also, you are waiting for special holiday events - Halloween, Christmas, April Fool's Day, as well as the holidays of the world Wild Terra.