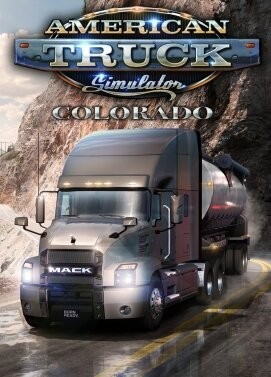 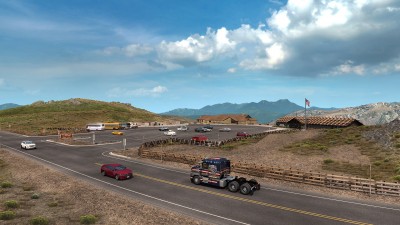 Welcome to Colorful Colorado, a state that has some of the best wildlands and mountain ranges in the United States. See a big metropolitan area of Denver on the edge of the Great Plains, travel across the beautiful Rocky Mountains and through deep canyons to see vast desert landscapes around Grand Junction.

Whet your appetite for this beautiful state by reading more about its diverse nature, industries and cities.

Colorado has one of the most unique and varied natural landscapes found in North America. From emerald-green national forests to the incredible red rock formations jutting up from the earth at Garden of the Gods, you’ll find it nearly impossible to resist taking the time out of delivering loads to explore the natural beauty this state has to offer. Don't miss out on a viewpoint in Ouray, the Switzerland of America, which gives you a beautiful view of this Victorian-era mining town!

The state is especially famous for its Rocky Mountains, however, much of the eastern part of the region is dominated by a unique grassland that extends across the American continent. The Great Plains is an area that stretches more than eighteen hundred miles from north to south of North America and more than five hundred miles from east to west.

Offering views of mountains, valleys and gorges, the Million Dollar Highway is a road like no other. Stretching for around 25 miles (40 km) on the U.S. Highway 550, it has been said that it's one of the nation’s most spectacular drives. The highway delivers jaw-dropping vistas and stunning backdrops on its winding and often dangerous road.

So why is this stretch of road named the Million Dollar Highway? There are several stories including that it cost a million dollars a mile to build it and that its fill dirt contains a million dollars in gold ore.

Speaking about gold, the state is known for its gold mine located near Colorado Springs where you can haul important mining equipment and waste rock to and from the mining site. Colorado is also home to a variety of bottling plants, each producing and distributing an assortment of different beverages which drivers can deliver to locations across the States.

Being a state that promotes its natural beauty, Colorado is always looking at ways of using clean energy to protect the environment. With unique parts and equipment always on the move from the number one wind turbine factory in the USA to wind farms across the States, we hope you will be a BIG fan of this industry.

Nearly half of the state's 66 million acres are dedicated just to farms and ranches. Play a key role in contributing to this important economy and exporting the state's produce across the States. From hay bales to farming equipment, truckers will be the backbone of making sure this important and large industry in Cowowado keeps on moo-vin'!

One of the largest contributors to the local economy is Denver International Airport. Drivers can expect to see lots of details around the airport including Denver's famous horse statue. Truckers can also deliver to and from a fan-favorite cargo drop off point, located in the inside of a large cargo aircraft.

Nicknamed the Mile High City, Denver features accurate representations of famous landmarks and industries for drivers to discover and deliver cargo to. Denver will also feature a realistic road network, including the famous "mousetrap intersection", the interchange of I-25 and I-70, which is best known for its spaghetti-like design.

Located at the foot of Pikes Peak, you'll find the city of Colorado Springs, the state's 2nd most populous city. Colorado Springs is known for its many one-of-a-kind attractions, the most iconic being the city's Garden of the Gods Park, a National Natural Landmark. Featuring 300 million years worth of geological history and incredible towering red sandstone rock formations, it is no wonder it is ranked top of the list of best parks to visit in the US. Try to find a hidden road that will take you there! 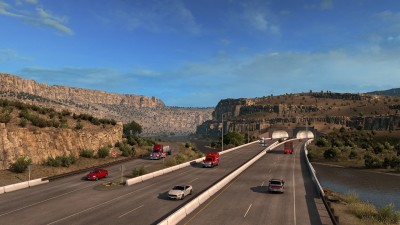 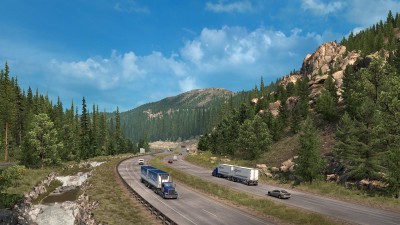 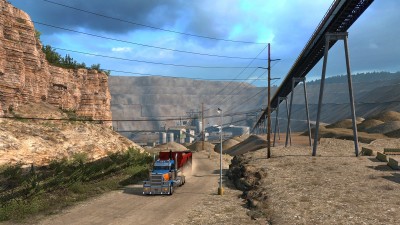 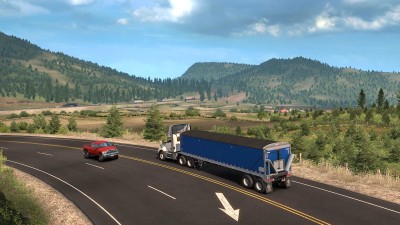