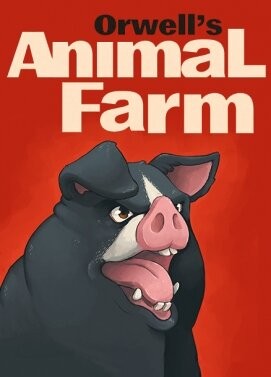 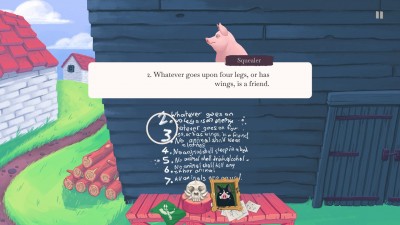 In Orwell's Animal Farm, the animals have fought off their exploitative human masters. Now they're in charge. Assign their tasks, upgrade their buildings, choose their laws, and direct their propaganda. Determine which of the animals will make sacrifices and which will be "more equal than others."

George Orwell's 1945 novella was a scathing critique of totalitarianism in the early days of the Soviet Union. Since then, it has spoken to people of many ideologies in countries around the world. It offers a powerful awareness of how power can be abused – and of how generation after generation seeks a more just and equal society, where the many do not suffer at the hands of the few.

Orwell's Animal Farm brings the familiar characters and situations to the medium of a game, and to the context of 2020. Depending on how you play, you may encounter situations very close to those in the book, or others influenced by events Orwell never lived to see.

"History seems to repeat itself. And once more, Orwell's classic has become a painfully relevant warning as some Western democracies started using tools and language eerily similar to those of oppressive regimes of the past." Eurogamer

"the themes of Animal Farm only ring truer as years pass, with its depiction of Napoleon's line-shifting hypocrisy representational of many world governments. The thinly veiled allegory may seem unsubtle to modern readers, but Animal Farm's themes remain disconcertingly apt." Destructoid

"Some games are more equal than others." Wireframe Issue 43

"The game is being made with the blessing of Orwell’s estate, and will feature what sounds like some downright lovely narration by Abubakar Salim, aka Bayek from Assassin’s Creed Origins." Kotaku

"Players will have full control of the farm as they play through the political satire. Over the course of the story, players will be able to create alliances with many of the Orwell’s Animal Farm characters and control the outcome to many situations." NME 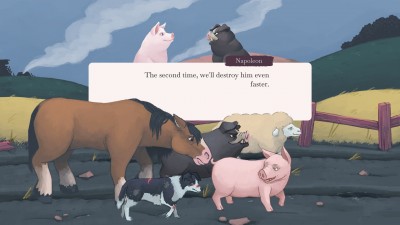 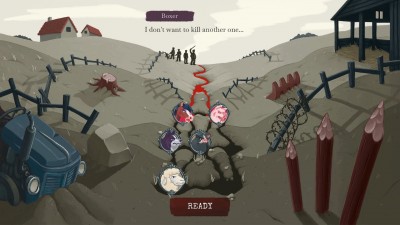 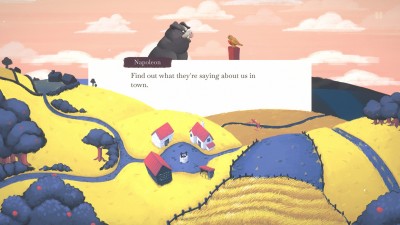