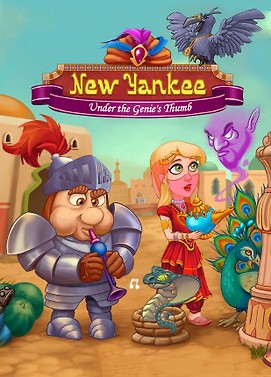 New Yankee: Under the Genie's Thumb 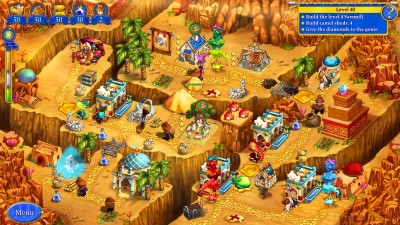 A genie in a lamp demands a pair of time-tripping heroes make his wishes come true in this all-new adventure starring the mighty Sir John and the magical Lady Mary! As soon as John and Mary see the golden sands of an ancient desert and the genie hovering above his lamp in a cloud of purple smoke, they know they have never faced a challenge like this one. They also know the genie must be up to no good, but until they find out what he's hiding, they're going to have obey his every command, or suffer a fate worse than watching an "I Dream of Jeannine" marathon. (Actually, Mary likes "I Dream of Jeannine," but John would rather watch "Forged in Flames.") This new adventure brings fresh new challenges for players to complete. As time management masters and rookies alike guide John and Mary through dozens of exhilarating levels, they must master the art of piloting a magic carpet, complete quests for lesser genies and hunt down all-new relics for the ornately turbaned big baddie. That might sound daunting, but fear not! Using the unique skills of each member of your crew, you can defeat each enemy and overcome every challenge! As you race to remove towering obstacles, gather abundant resources and restore razed villages, each step will bring you closer to victory. Whether you want to play a single level to pass a few minutes of time or immerse yourself for hours in a beautifully rendered game world and the epic story it contains, New Yankee: Under the Genie's Thumb will make you feel like your wishes have been granted! Game features: 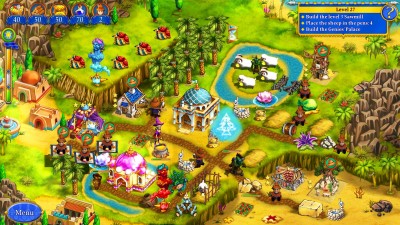 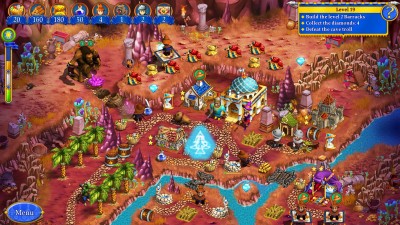 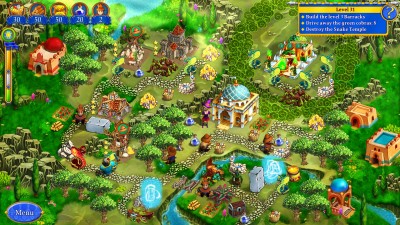 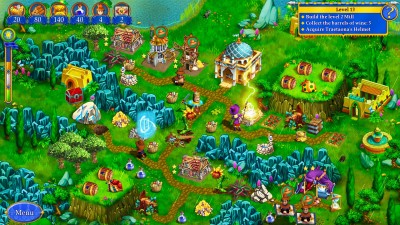