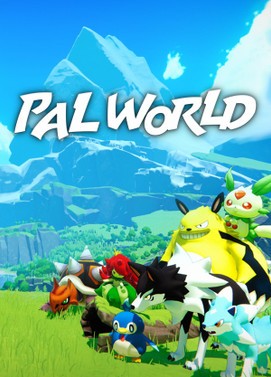 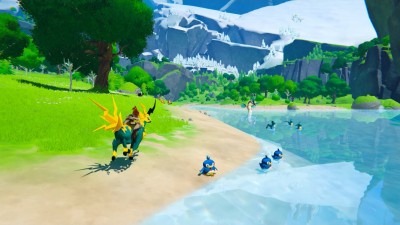 Q. What is this game about?

A. Palworld is a game about living a slow life with mysterious creatures "Pal" or throwing yourself into life-and-death battles with poachers.

You can make Pals fight, breed, help with farming, or work in factories.
You can also sell them off or even slaughter them to eat! That however, is forbidden by law.

■ Survival
- This world is full of dangers such as food shortages, harsh weather, and illegal poachers. You must be prepared to do anything if you want to survive. You may even need to consume Pals sometimes...
■ Riding and exploration
- Fly, swim, dig holes... you can explore all kinds of places on lands, the sea, and in the sky by riding Pals.


■ Building
- Do you want to build a pyramid? You can have a large number of Pals work on the construction. Don't worry; labor laws won't be applied to Pals.


■ Life
- Make your life more comfortable by collecting a variety of valuable Pals to light fires, generate power, and mine minerals.


■ Farming
- Different Pals are good at different things such as sowing, watering, harvesting, or else. Create attractive farms and orchards with your Pals. There are also Pals that can duplicate themselves when they're planted.


■ Factory and Automation
- It is essential for automation to let Pals do the manual work. Build a factory and place Pals in it. They will work forever as long as they're fed until the end of their lifetime.


■ Dungeon Exploration
- With Pals, you'll be safe in dangerous areas. If you are in danger, you use Pals to cover your escape! They'll give their lives to protect you.


■ Breeding and Heredity
- When you breed Pals, they inherit the parents' characteristics. Mix rare species Pals to raise the strongest Pals!


■ Poaching and Crime
- Endangered species Pals live in the hunting prohibited area. If you sneak in and catch them, you'll get tons of money! It's only illegal if you get caught.


■ Multiplayer
- This game supports multiplayer. Invite your friends to go on an adventure together. Of course, you can battle and trade with other players! 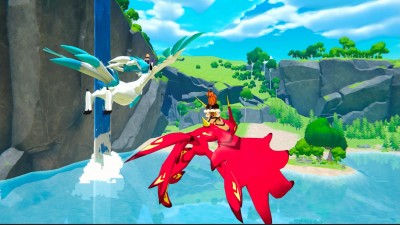 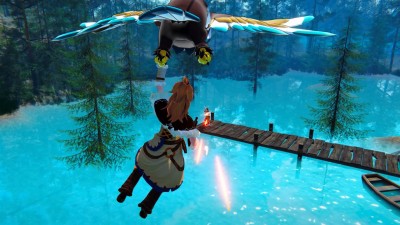 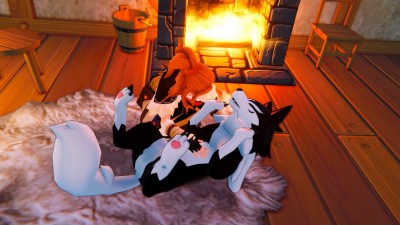 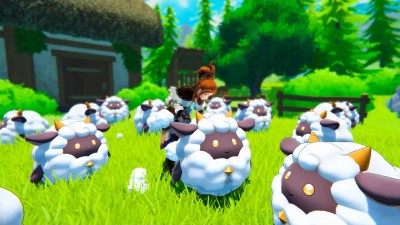