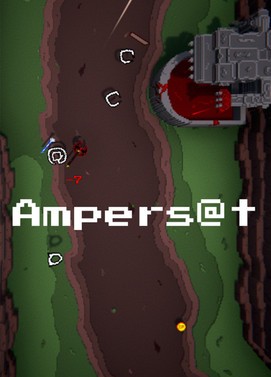 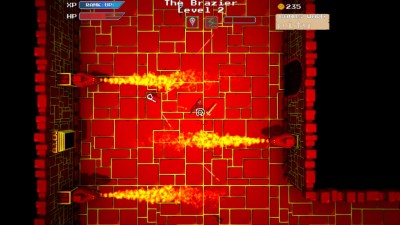 Ampersat is a shooty, slashy, RPG-y game mixing old-school/retro and modern sensibilities. A blend of influences from Gauntlet and Smash TV to Zelda and a dash of Angband, this is a handcrafted adventure with much appeal to fans of Roguelites. A labor of love from a solo developer, Ampersat distills some favorite childhood gaming experiences into a fresh, fun hybrid that sees you killing a lot of monsters, finding a lot of loot, freeing captured letters (um, what?) and growing from a world-weary warrior mage into a powerful smashing/blasting machine!

You may notice the main character and enemies are ASCII letters - yes, this is an aesthetic throwback to the original Rogue games, and the blending of these with colorful 3D top-down environments was the idea that first spawned Ampersat. Likewise, Commodore 64 SID chip sound effects are used alongside real-world music for a distinctive experience. But just what is an "ampersat?" It's the leading contender for the official name of the @ symbol, of course!

Gentlheim has been invaded by Lord Z, who has surrounded the village with 5 extraplanar towers and the dungeons beneath, filled with evil creatures. Even worse, he has stolen language itself from the townspeople! As the warrior mage Ampersat, you must venture deep into the dungeons and high above the land in the treacherous towers, defeat countless minions and restore language to Gentlheim so the townsfolk can communicate properly and help you defeat Lord Z himself.

Gentlheim has shops to buy and sell goods; an Inn to heal up, level up, and stash gold to retrieve after death; and a deep Well leading to randomly generated procedural levels. There are various structures you can pay to upgrade and, as language returns to the village, townsfolk who may need something... Gentlheim hides a few surprises for the inquisitive gamer and provides a hub area to approach different stages in any order you like, or revisit levels you’ve already beaten.

The Well is where the “roguish” aesthetics are turned up to 11, providing short, sharp, loot-gathering deep delves once you repair it. There’s an old rumor that something very special is buried at the bottom of the well… but no one has ever reached those depths.

Ampersat’s async co-op is true drop-in, drop-out at any time. The second player controls a fairy that hovers around Ampersat and also launches attacks. Will you trust them with your best spell? No? They might steal it anyway... While the fairy’s shots aren't as powerful and contribute to overheating, it has the huge advantage of being invulnerable. The perfect partner... if you can get along. 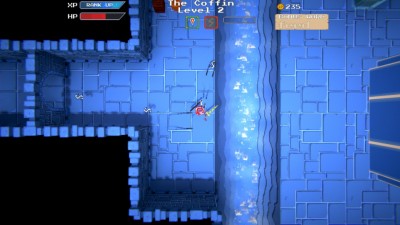 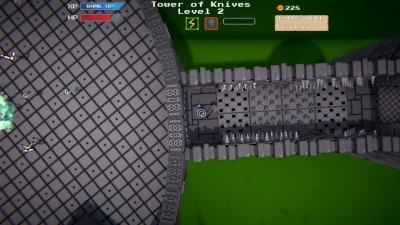 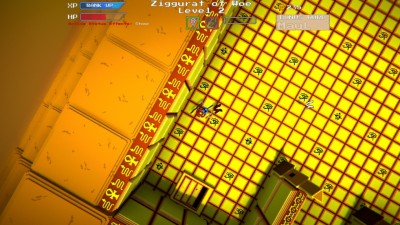 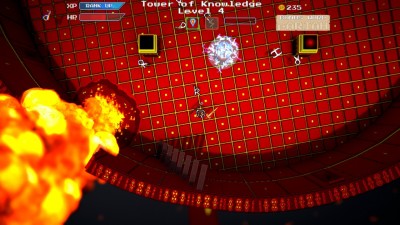