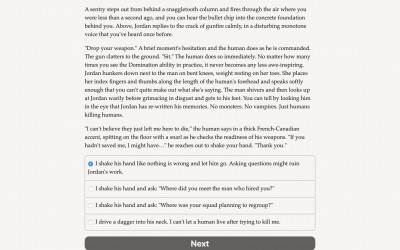 Dominate undead politics through cunning and violence! Will a missing Prince give you the opening to betray your sire and seize power?

Vampire: The Masquerade — Parliament of Knives is 600,000 word interactive horror novel by Jeffrey Dean, based on Vampire: The Masquerade and set in the World of Darkness shared story universe. Your choices control the story. It's entirely text-based—without graphics or sound effects—and fueled by the vast, unstoppable power of your imagination.

The undead Prince of Canada's capital city has disappeared, and his second-in-command, Eden Corliss, wants you to find out why. You’ve been loyal to Corliss since she Embraced you and made you a vampire, but this could be your chance to take her place. Will you defend your sire from the accusations flying, or join forces with her rivals to bring her down?

Ottawa’s court of immortals is tight-knit and merciless, with tensions between clans that go back centuries. The Prince has been missing for four days, and old alliances are starting to crumble. How will you leverage the political chaos to your advantage? The authorities are already on high alert against a new group of Anarchs in the city, who have been breaching the Masquerade by revealing their true nature. You’ll have to gather evidence to demonstrate which suspects deserve punishment, and you can’t afford to guess wrong. One careless word could get you stabbed in the back—staked through the heart, and left to burn in the sun.

Who will you save when the knives are out? 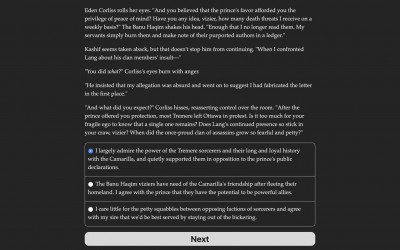 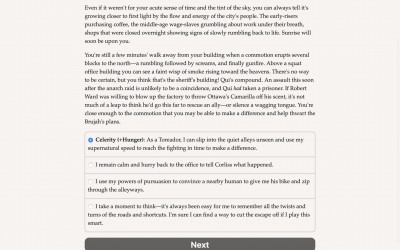