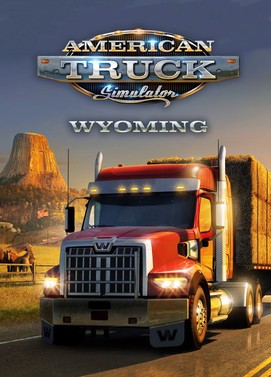 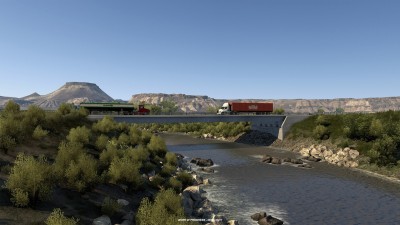 Say howdy to the Equality State, Wyoming. From towering, snow-capped mountain ranges to world-famous national parks, "Big Wyoming" is a state of rugged natural beauty. Witness the Devils Tower. Haul through the cities along the I-80. Export livestock from the massive agricultural sector. Explore the Magic City of the Plains, Cheyenne. Go on a road trip to a part of the legendary Yellowstone National Park.

Whether you fancy the beautiful architecture or the general feel of rich history, you will feel like at home in Wyoming. Cowboys, trains, and wide-open natural spaces await you.

his is what you can do and see in Wyoming

Cities included in the map expansion

Wyoming may be one of the least populated states in the U.S, but that doesn't mean that it lacks spectacular places to visit and see. Home to some of the country's most breathtaking national parks, Wyoming is best known for its red-walled gorges, hot springs, historic prairie towns, pioneer history, and historical attractions.

Wyoming designated the American bison as the official state mammal in 1985, and to this day you can still find large herds of them grazing across the prairies and protected land which is designated for the conservation of wild bison since their decline across the US.

Located in the west of Wyoming, the Bridger-Teton National Forest, best known for the four W's - Wildlife, Waterfalls, Wilderness, and Wild and Scenic Rivers, is the largest intact ecosystem in the lower 48 United States and a must-visit location for any traveler.

Devils Tower is a famous butte with hundreds of vertical cracks and a total height of 5,112 ft (1,558 m), which makes it an extremely distinctive feature in the area full of prairies. This natural wonder is much better experienced by seeing the "bigger" picture with everything around; therefore the closest possible point will be the visitor’s center and in front of the gate at the entrance to the park. But do not weep, because there will be a nearby farm and an interactive viewpoint below the tower, in which the most attentive may find something very interesting.

The agriculture industry is one of the state's largest contributors to the local economy. While crops, fruits, and vegetables make up a large percentage of this industry, the production of beef is the largest part of Wyoming's agriculture sector. Many of the cattle are usually sold and exported around the world from Livestock auction houses, which will be one of the new industries arriving to Wyoming.

Another form of logistics that is prominent across the state is the railroad. Contribute to the maintenance of the locomotives that serve the railways as you deliver important rail parts to and from the rail supply depot, as well as delivering and picking up cargo from the freight trains that arrive daily.

Chemical plants and quarries will also be other locations where drivers can pick up and deliver various parts and materials from. These loading points are always located on the edge of the refinery or quarry to keep drivers safely away from the active mining areas.

Legend says that a certain trucker (we’re all feeling proud here right?) decided one day to take a picture while driving on Interstate 80, as he was approaching an area near Fort Bridger known as "The Three Sisters". The image made it seem as if the road over the crest was never-ending and ever since then, people commonly referred to this area as the "Highway to Heaven".

Time to get back to earth now and mention numerous new road signs which will include speed limit signs, freeway and highway signs, tourist signs, and dynamic message gantries! Speaking of road gantries there’s also a very interesting new visual - gantries with traffic lights at crossroads. These are not exactly a common occurrence, that is why you should always be prepared to take a picture just so you can take it with you "spiritually" wherever you go.

You will also be able to cross several colorful bridges, and if open space is not for you, be sure not to miss the I-80’s Twin Tunnel near Rock Springs. So, get behind the wheel and discover Wyoming! 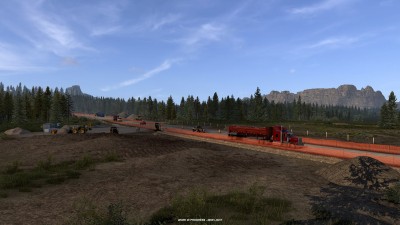 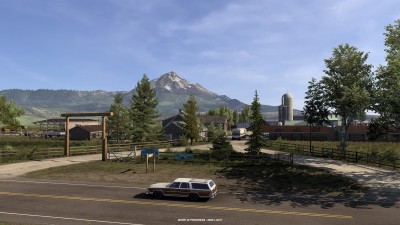 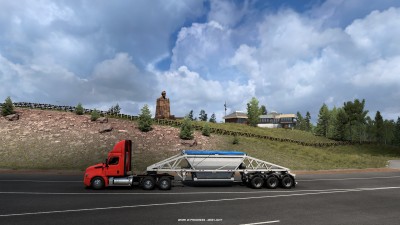 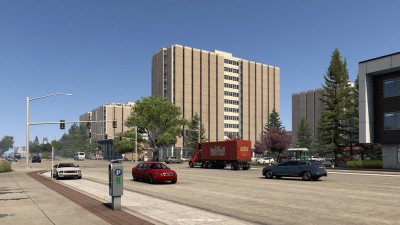